Our play marking contribution of Indian soldiers in Europe’s Great War – 2014-18 (WW1) has been touring schools and theatre venues. We stopped by at The Drum (Birmingham) and Luton Al-Hakimah School in Luton to catch some responses. 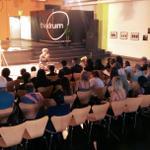 What did you learn?

That the Soldiers communicated to their families through code and that Britain made false promises to the Indians about freedom rights … and many Indian soldiers died in their loyalty to Britain / The Crown..

I really liked the performance throughout.  The message was important.
It was really inspirational!!
Tatiyana – 14 – AMA

The family and the linking back to war.  I like how the Indian story could easily be the same as a British story.
Jack – 22 – BSA

The part when they were describing what country was on what side using the fabric and the transition into India.
Wrenae – 21 – BSA

I liked the mixture of cultures within transitions.
Harriet – 21 – BSA

What did you learn?

I didn’t know that Asians had suffered during WW1.  I thought it was just GB and Europe.

I learnt about how hard it was to get Independence in India.

I didn’t know that the Indians had fought with Britain.

That many other people than Britain and Germany were in WW1

Indians were part of the British Army & took part in the war.

Why do you think Theatre is important to share information?

It is good for people who like to learn visually.

It conveys feelings and words into action.

To connect with other people and learn about different subjects.

Helps you see it visually and helps you to understand more.

I like the part where the child would not give up looking for his dad.

When during the play, the characters were singing.

When we did our own role plays and the singing.