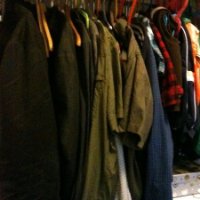 I have been involved in the diverse arts sector in the UK for almost three and half decades, developing, innovating and pioneering arts activity as producer, director, writer, dramarturg, but mainly someone who has worked with artists to make their thing happen and hopefully get someone to see it. Equally, I have reached out to audiences in a strategic way to get them to see beyond what they want to see.

From commissioning and producing large scale outdoor spectacles like Macbeth: Stage of Blood on the River Thames for LIFT (1997) “the most spectacular spectacle this year” (The Guardian), to groundbreaking productions such as Dogs of Desire in an underground car park to developing and leading the highly acclaimed pioneering Asian comedy strand– One Nation (from 1985 -99), the experience has included being the first Asian arts programmer/curator attached to an arts building in the country – Watermans (London), where I relished the challenge of turning it into a flagship venue and producer for Asian arts – consequently described by the BBC “has introduced more Asian arts into the mainstream than anybody else.” Most recently I’ve produced national & international (incl Edinburgh Fringe) tours for Amina Khayyam Dance Company (2013-18) and for a Strategic Touring (ACE) project for zeroplus Theatre (2015-18). In total I have delivered over 175 projects of all scales.

My work is best described as an approach to reach outside the mainstream – to find that, that is being disenfranchised and give it platform: it is engaging with voices and practice that may approach conventional artistic practice in an unconventional way or add new perspectives that then serve its industry.

Selection of work listed below.