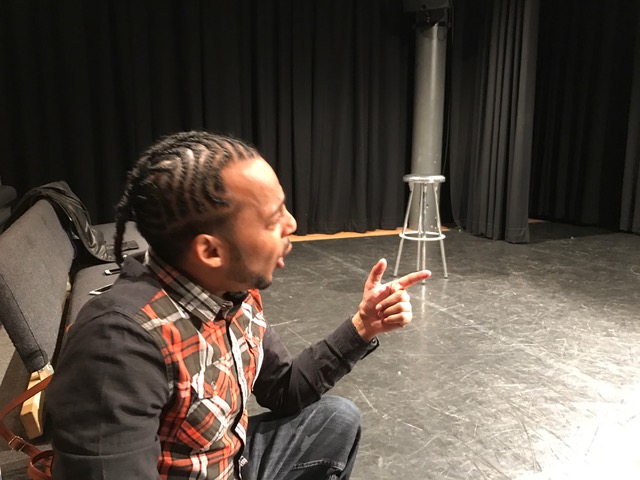 He thinks of himself as the most un-Indian Indian or at least half of what is Indian from his mixed-heritage of Indian-Ugandan and Indian Jamaican parents, a heritage that has strung him with a double whammy of sickle cell and Thalasaemia, but not for a moment does he see these afflictions obstacling him as he boasts being enriched by that cultural inheritance. Yet the heritage that concerns him most is his Brumi roots– a city in which he has laid claim to learning and practicing his trade as an actor, writer and youth-worker. Having directed My Grandad & I… for zeroplus theatre last year he is now developing Mr Niceness for DesiPulp/The Artta to which he has particularly shone himself..

Mr Niceness – a life story of a cult reggae DJ on a midlands pirate radio station who was thought to be of afro-carribean ancestry but on his death was discovered to be a Punjabi – seems to have resonated with you, what would you say your association to it is – character, theme or lifestyle?

My first experience of Niceness was listening to him on pirate radio and hearing his broken brummie/patois and really not thinking anything of it as every DJ on Black stations spoke in that manner. It wasn’t until our first meeting at a charity Sickle cell awareness event that I realized he was Indian. Now coming from a small Jamaican Indian community I knew he wasn’t from the Caribbean as we Jamaican Indians are all related to or connected to each other in some way so I knew Mr Niceness was through and through Indian and as I got to know him more I got to understand his Punjabi heritage, but many in the Jamaican community did not know and assumed he was black.

Niceness was a man who embraced dancehall music and the Jamaican community embraced him, since his passing it felt like the right time to explore his journey and the barriers he may have faced as a Sikh man pursuing a career in a strong Caribbean industry.

There was a time when Asian and Caribbean cultures and lifestyles were more intertwined, sometimes you get that at old skool reggae shows where you still see a substantial contingency of Asians in their 50s/60’s, you know the 70s/80s generation that grew up with the blackness, is that recognition in your resonance?

As an 80’s child I grew up at a time when the black and Asian community were still closely knit but slowly moving apart due to multiple socio-economic factors. My Gran would tell me stories of how when she and my grandad first came over from Jamaica they shared a house with a Sikh couple and a Nigerian couple and the closeness they shared in the house and the racism that they faced outside of the house but in a weird way through all of that when we went raving racism didn’t exist, well not overt racism anyway.

In the 80’s in Handsworth park anytime the sun was out the older man dem would string up their sound systems and every year when we held carnival people would come from all over so it wasn’t unusual to see white guys and Asian guys standing in the midst of the massive crowds of black people enjoying the vibe and skanking out to old skool reggae and conscious music.

Do you feel there is some of that now?

Yes and no, I think in the 90’s in the black community we felt the impact of the lack of opportunities and employment and I was there in the early days of the formation of the original gangs within Birmingham and we were marginalized and some of us turned to crime.

I remember the era when pulling bags and popping toms (goldchains) became a thing and also the conflict within me as the people who wore the most gold and were the easier targets were Asian women, and within my local area, Winson Green and Handsworth this planted a seed of mistrust between Asian families and black youth.

Although it was a tiny minority of kids who did this type of crime, black kids in general were vilified so we felt the change. But again Black Music has always been a thread that has kept us together, you can go onto Broad Street and still see Asian youth and Uni students bubbling to current R&B, reggae and hip hop. Even the Muslim man dem are in the dance enjoying a drink (don’t tell Aunty!) whilst bussin a skank to some sexy soulful house or grime. 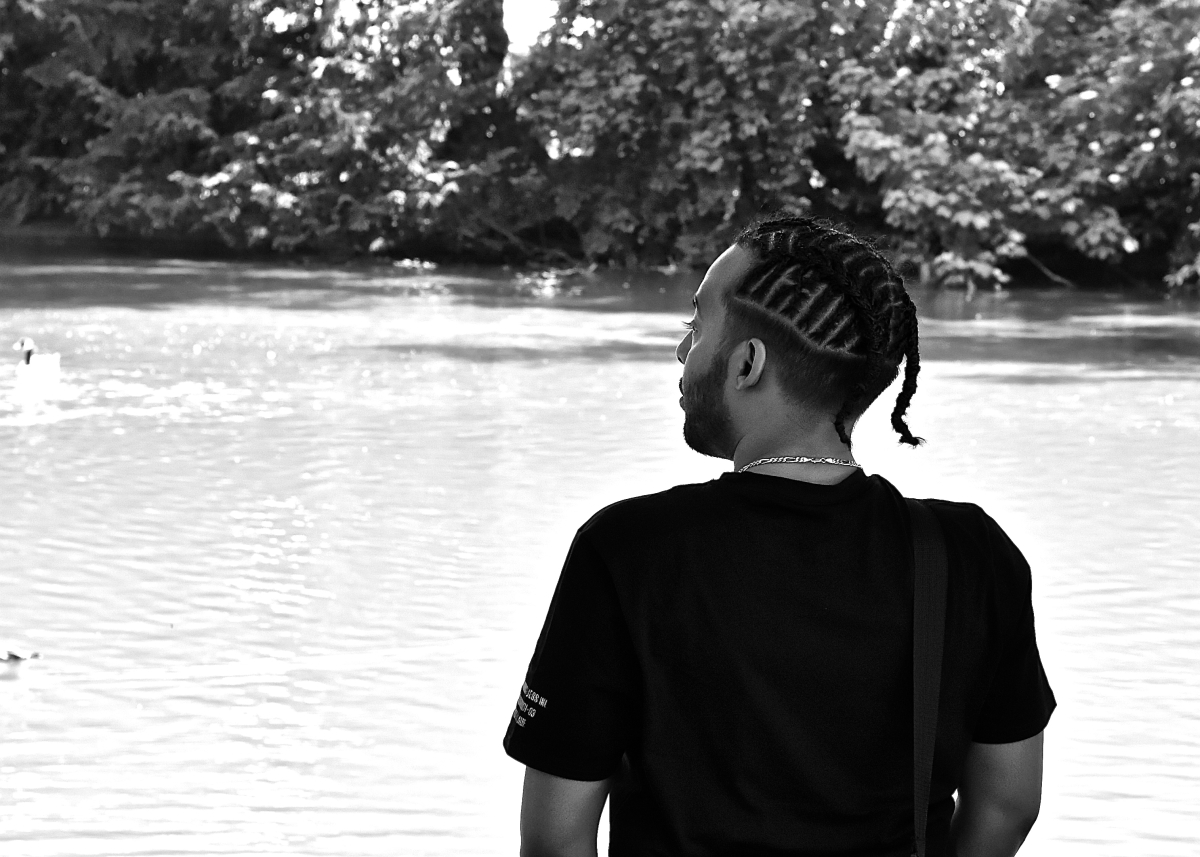 That being black is a one identity was once the mantra – is that what you are hoping to be the message in Mr Niceness, like mentioned earlier – with a lot of music intertwined?  But a lot of young people now are expressing their identities in a much polarized way, maybe the world imperialist order has changed, maybe the sides have changed?

Music is the underlying theme of the project and we are trying to capture a time in the UK when dancehall was inclusive and full of niceness and vibes so the story of Mr Niceness is fitting. 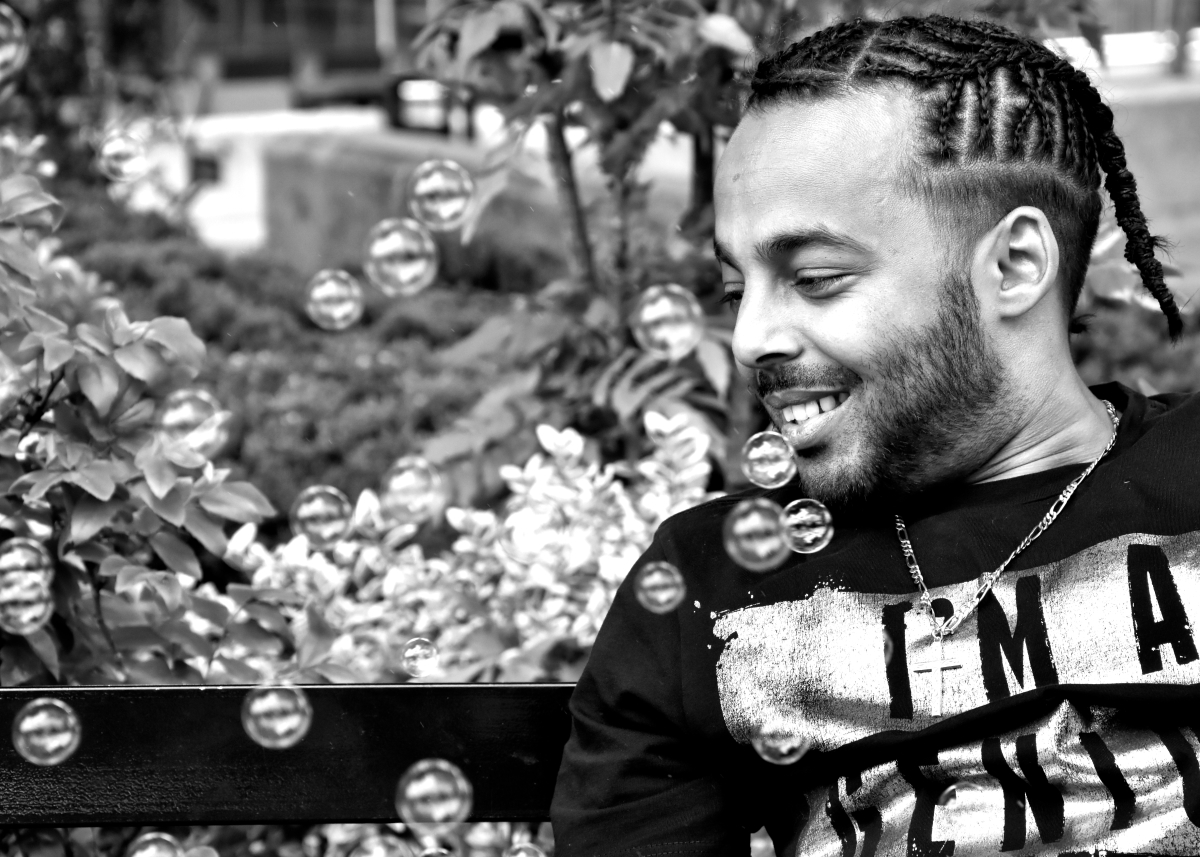 As an actor, you started with Yehleleh Theatre – a youth theatre (set up by the Birmingham based Sampad) which kind of disappeared very soon after presenting a few plays (including a couple by Parv Bancil), how did you feel that it never got the support it should have warranted as a young Asian theatre company?

Yehleleh was the best accident that ever happened to me as I was about to be permanently excluded from school and my English teacher knew how upset I was that GCSE Drama was not an option due to low uptake, she took me to meet the team at Sampad and when I saw the other kids I said “Miss these kids are all Indian for real, we’re not the same”. I was about to leave but she twisted my arm into staying, that summer I learnt a lot about myself, my heritage and also a greater understanding of the other communities where the other actors came from.

In hindsight, yeah, Yehleleh should have continued for kids like me who had an interest but just never knew the first place to start in looking for an avenue into the arts. The project was a blessing to me, between 14-20 I toured and also gained other work from being a part of the company. Those full time rehearsals over summer half terms saved my life and took me away from crime and enabled me to go back into education.

You seem to have controlled your economy, making your work and opportunities – is that something conscious, like way you prefer to work or just lack of opportunities in the region, I mean Brum isn’t London?

My journey is very different to other black actors as I was born with a debilitating illness, I have Sickle beta thalassaemia.  I inherited the Sickle cell gene from my mother and the thalassaemia gene from my father, what that means for me is that I have to live with constant joint pain and muscle pain and my life has revolved around hospital treatment. So due to that I have never held a traditional full time job and since the age of 17 theatre work just seemed to perfectly merge with my life, I would freelance from contract to contract and at times when my mobility was limited due to poor health I would rest whilst plotting my next project.

It is true about Brum – until recently there was very little work around, you’d get one or two productions a year casting black/Asian actors, its improving now, but I was a firm believer in building the arts scene here before chasing work in London, fortunately I was able to do both, running a Theatre in Education company in Birmingham whilst freelancing in London.

Does your heritage get in the way?

I am probably the most un-indian Indian, (LOL!) and from the age of 3 until later life I had no contact with my father so I did not grow up around my father’s family or the Hindu community that they come from. I was raised in a large Jamaican family where all of my siblings, cousins, aunties and so on have very English names like Pam, Silvia and Christopher and then there is me – AJAY (said in a mock Indian accent). I feel rich about that and I bring it to my work, it’s kind of different and maybe a unique perspective, which should be something sought for, you’d think.

How did that manifest in the creativity, like what was your first relationship with that side of your personality, when did you discover it?

My life is in the art, carving out a small niche within Birmingham at a time when black actors had to permanently speak in RP, which from my perspective as ghetto it seemed a bit pretentious. Me and young actors like myself started to devise work which was more raw and created a truer depiction of inner city Birmingham life and this led some of us into community work and teaching as black youth could relate to the content we created.

Other than spending time with your organization OSCAR Birmingham and Mr Niceness, you spend a lot of time working with young people.. is that kind of the Yehleleh legacy?

Outside of campaigning and raising awareness with the Organization for Sickle Cell Anaemia Relief and Thalassaemia support (OSCAR Birmingham) and bouncing back from two near death experiences in intensive care I am back delivering youth services and although I have wound down the amount of time I dedicate to community work I still have a heart for young people, a heart that was partly moulded by my time with Yehleleh. 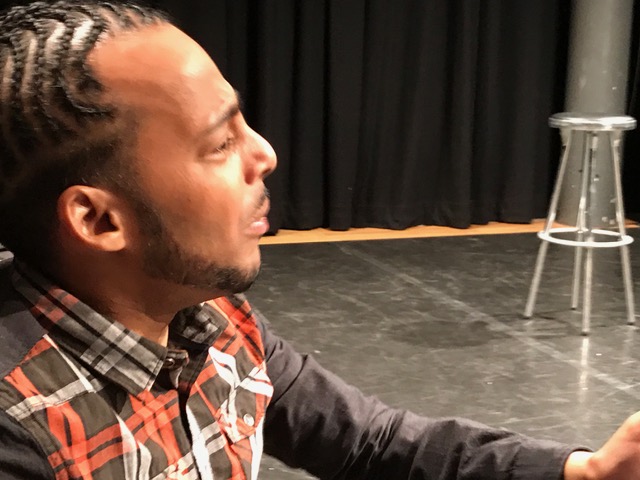 What is it that you are bringing to young people interested in wanting to get involved in the arts – how do you relate to young kids who are refrained by their parents from doing the arts, maybe to do with their faith, and what they are wearing, etc, which was the theme of the last play you directed – My Grandad & I..?

In the same way I put my life in the work, I am showing young up and comers to not compromise, to put their life in their work to fill the gap within British media that still portrays us as black thugs or middle-eastern terrorists.

People need to see the good girl in the hijab who is intelligent and driven not just the docile stereotyped insular woman who doesn’t come out of her own community… people need to see the passionate guy in a turban who dotes on his wife, loves his kids but still has street smarts about him, not the stereotypical shop keeper.

We need the love stories, the family dramas, the historical and culturally accurate portrayals by equally loving, cultured and well grounded actors who represent the real black, white and Asian communities in the UK.

Is there still a plan in Birmingham from that generation that met with each other and got off with Yehleleh… is there a comeback, people still in their careers?

There are still a few of us working in the arts, in arts admin, in set design and bbc media production but as far as I know I am the only one still acting as many couldn’t pursue acting due to community pressure and family not seeing this industry as a true career. But a reunion is long overdue and I am quite sure when we do get together we can put in the infrastructure for a theatre company in the same vein as Yehleleh.